Top 10 Things Turkey is Famous for

Until now, I could not have imagined even in the wildest of my dreams that Turkey could turn out to be one of the most beautiful lands of my acquaintance. Founded in 1923 from the remanents of the Ottoman Empire, Turkey has every right to bask in glory of its magnificent past. It’s stunning scenery and fascinating history has enough to impress anyone with. From the WW1 battlefield of Gallipoli to the legendary city of Troy, from the streets of Ephesus to the 165m high Mount Ararat- the legendary landing place of the Noah’s Ark, Turkey is a legend in itself. In fact, Turkey, a nation which recognizes the equality of the sexes, gave women the right to vote before most European countries and the United States. Unlike the other Arab nations, Turkey is a quaint mix of the East and the West. Put simply, it is the most ‘oriental of all the Western nations’ or the ‘most occidental of the Eastern’.

So, whether you are a vacationer looking to relax on a beach or one searching out ancient cultures or a religious pilgrim, Turkey has something to offer. Here are the 10 things that this nation is famous for: 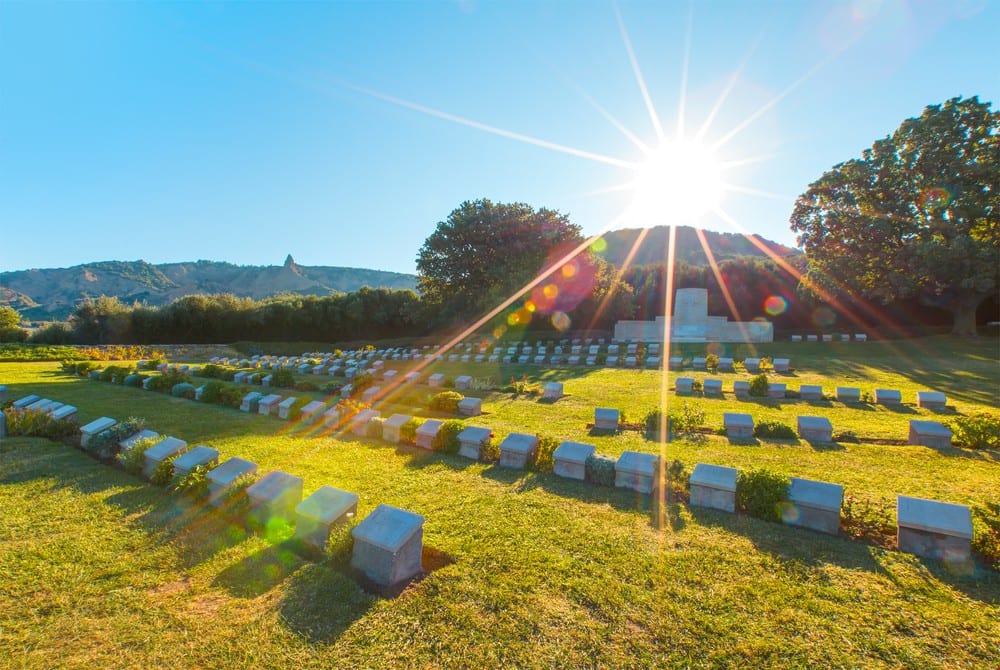 Deriving its name from the Greek Kallipolis, meaning ‘Beautiful City’, Gallipoli has not failed to earn respect and reverence from its visitors till date. People love to sympathetically drench themselves in the heart- wrenching memories of the several soldiers who lost their lives on this land while adoringly gazing at the Dardanelles and the Sphnix overlooking the Anzac cave. What can be more sympathy provoking than a land where several thousands of people wrote history with their own blood. Pay your respects and have a look around, Gallipoli has a stunning natural appeal. 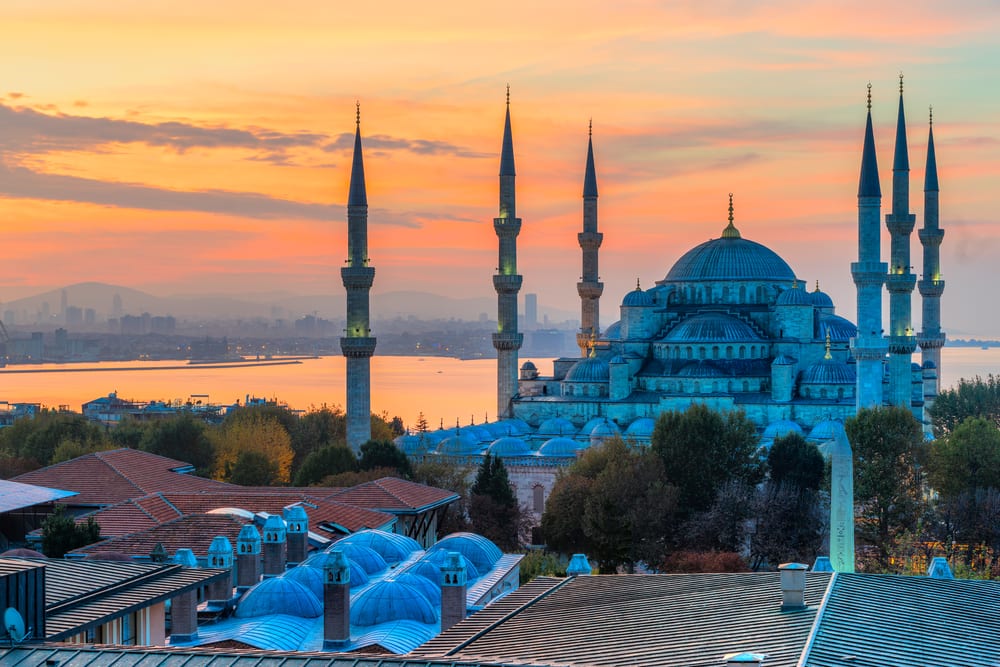 Once the capital of the Roman Empire and named Constantinople after Constantine the Great, Istanbul is the largest city in Turkey constituting the country’s economic, cultural and historical heart. Strategically positioned along the historic silk route, Istanbul is ‘the’ most beautiful city of Turkey. The Sultan Ahmed Mosque or the Blue Mosque has earned the reputation of being the most visited historic landmark in Istanbul. A reminder of the Ottoman Powers, the mosque has blue tiles adorning the walls of its interior and hence ‘Blue Mosque’. From the Blue Mosque to the Grand Bazaar(one of the world’s largest and oldest covered markets), this metropolitan city has a wide array of mosques, museums and ruins to offer to its visitors. An apt introduction to the Turkish culture, there is no shortage of things to do while in Istanbul. 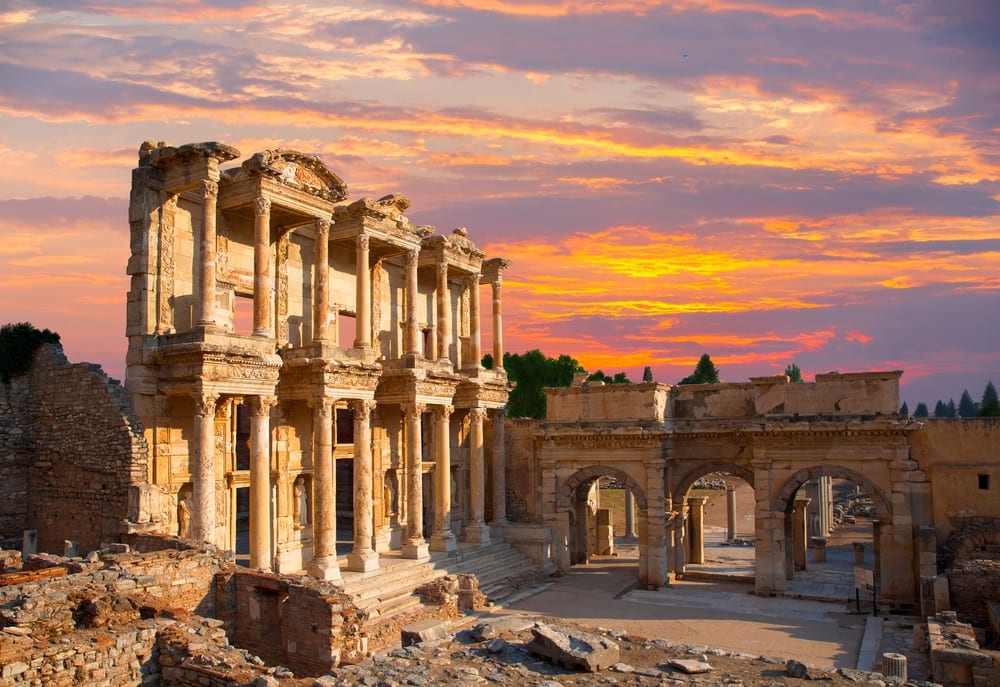 Strolling along the streets of this ancient Greek city, you would be amazed by the fame and finesse of something that this city boasts of – Temple of Artemis, one of the Seven Wonders of the Ancient World. Believed to be the place where the Gospel of John was written, the city is famous for its massive theatres, the Temple of Hadrian and the magnificent Celcus Library. Existing since the Neolithic Age, the city is rich with its historical past as it has been on the list of the most sought after city since 6000 B.C.E. The land which has a history spanning from the time of the Great Alexander to Augustus to Constantine to St. John does not need more introduction to be labelled as the most popular tourist attractions of Turkey or even the world. That Turkey houses such a great marvel makes it even more legendary. 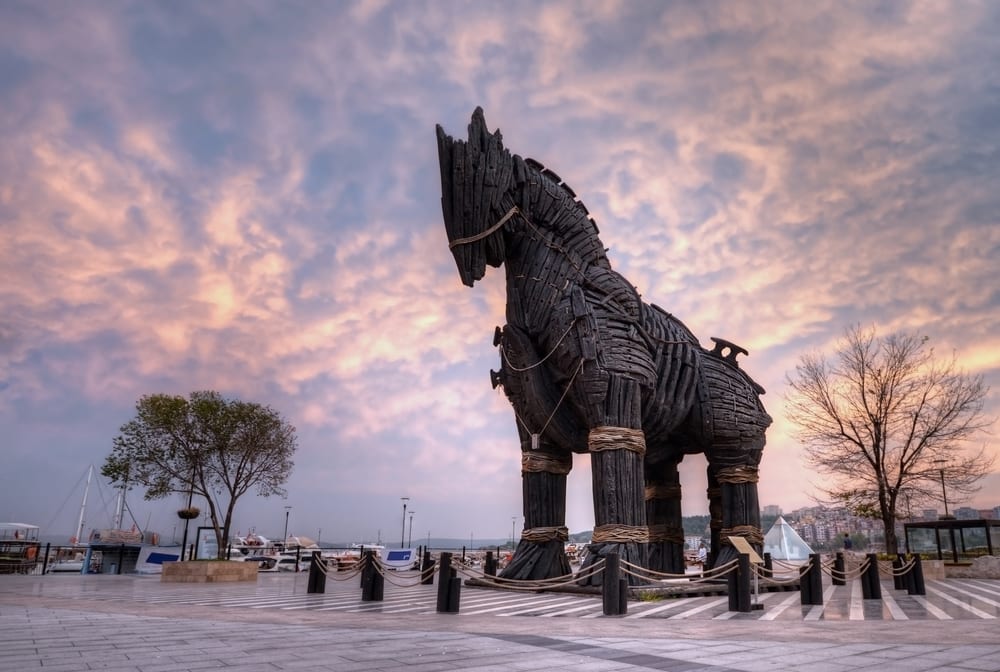 Remember the story of Odysseus and the Trojan Horse? Yes, once again it is Turkey that houses the ruins of this archaic and immortal city till date. The famous wall surrounding the city of Troy still exists, though in ruins and the ‘replica’ of the Trojan Horse still stands. So, for people like me who would like to relive the world of literature or someone who is simply interested in quaint and archaeological sites this place is a must visit. Hail Homer! 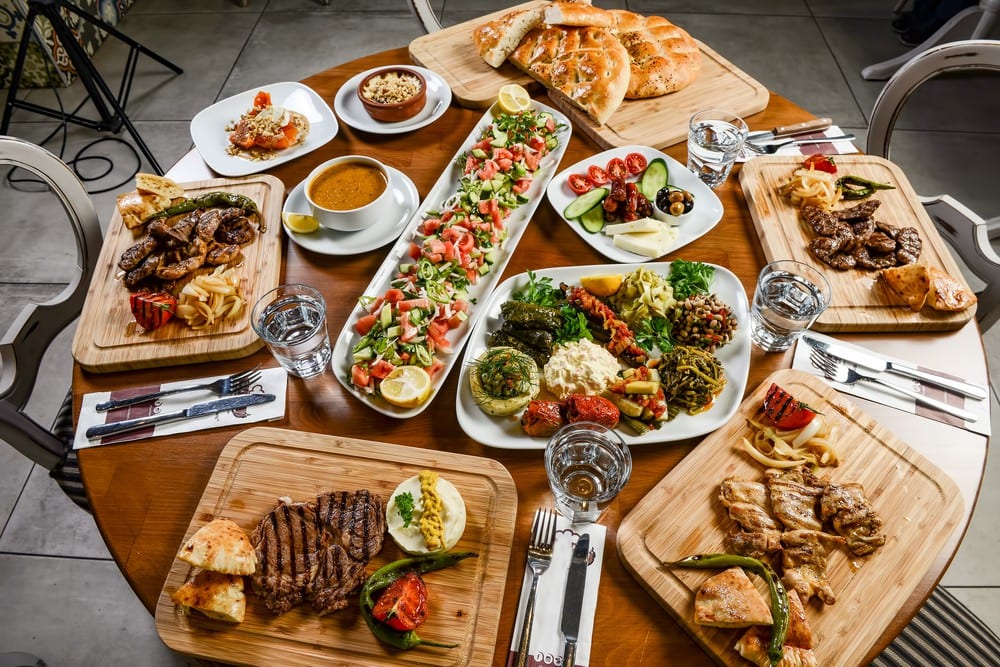 Now, let’s take a break and gorge ourselves with the world famous Turkish cuisines – ‘a fusion and refinement of Central Asian, Caucasian, Middle Eastern, Mediterranean and Balkan cuisines. An exotic blend of several cuisines, every meal in Turkey is a Barbecue opportunity. According to a research and the people of this nation, they love to carry their portable Barbecue grills whenever they are out for picnics. As per the information, ‘a whole restaurant format has been devoted to the Barbecue called kendin pisir, kendi ye which means, cook it yourself, eat it yourself. At the table, you will be provide with a pre-heated Barbecue and a plate of raw meat. the rest is up to you.’ Sounds Foodilicious, doesn’t it? 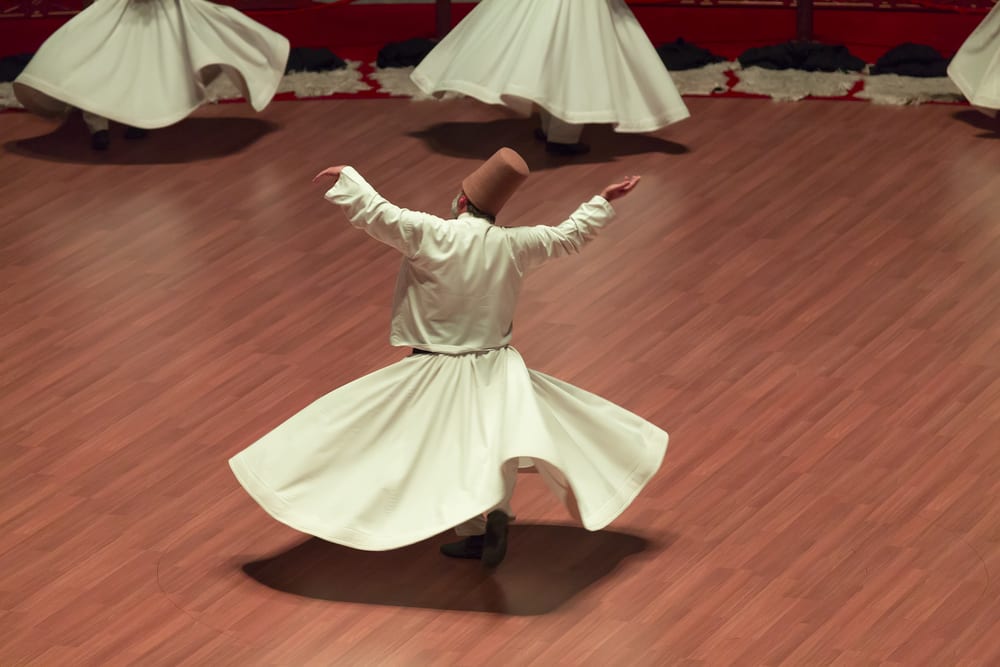 Groups of Sufi Muslims who have devoted themselves to poverty and austerity, the ecstatic rituals of the Dervishes continues to attract religious as well as curious visitors. The dance is mainly conducted from the 10th to the 17th of December in order to honor their teacher and the great sufi poet – Rumi and also because of their belief that the performance of this dance will help them to achieve union with God. The dance is not just bodily movement, it is also a time of spiritual transgression where, as per the belief, the soul of the Dervishes reaches out to the Allah. 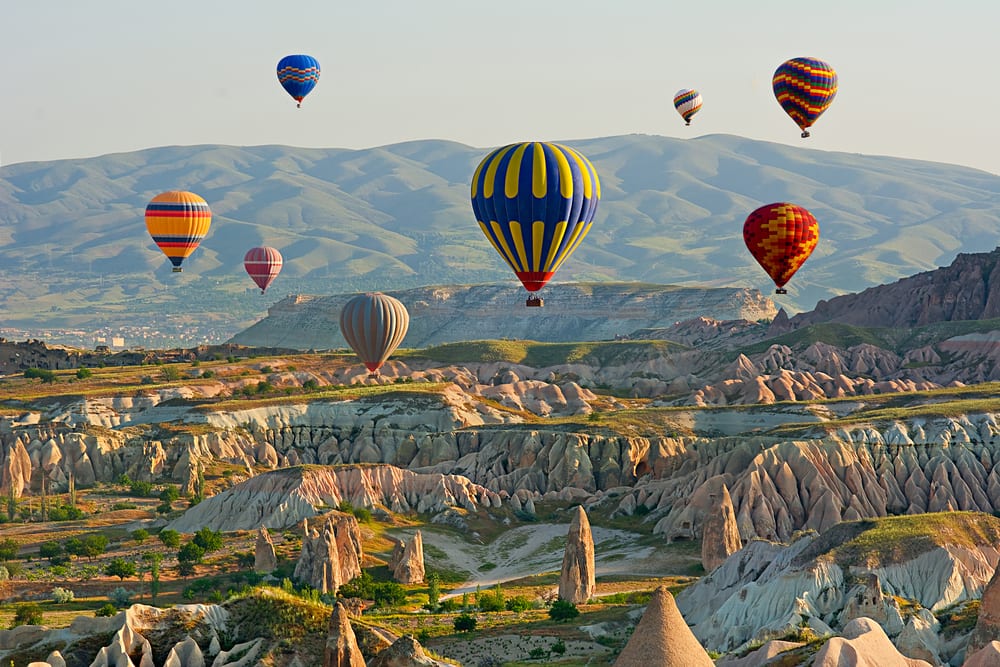 Another of the quaint and naturally crafted landscape, Cappadocia offers a lot to its visitors and hence leaving them thrilled. An embodiment of the fairytale like landscapes, the place has earned its deserved respect after a million of years of natural crafting which involves frequent volcanoes and several erosion which have lead it to become a picture perfect place. The first part of the famous Star Wars movies too was shot here! Guess where? Added to all this is the fact that the place offers a magical opportunity of hot air ballooning. It’s worth to wake up early to catch the sunrise while flying over the picturesque landscape and the magical chimneys. 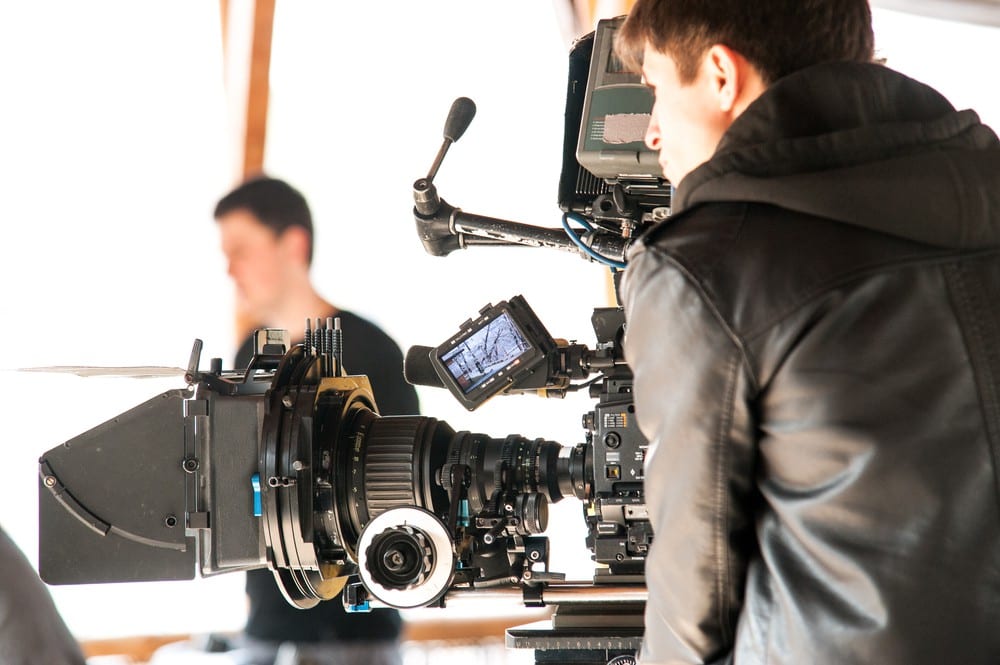 Famous internationally, the Turkish Soap Operas have been credited for an increase of ‘Arab tourism in the Country’. Dubbed in multiple languages and with several subtitles, these shows surely do have something new to offer each time they are aired. 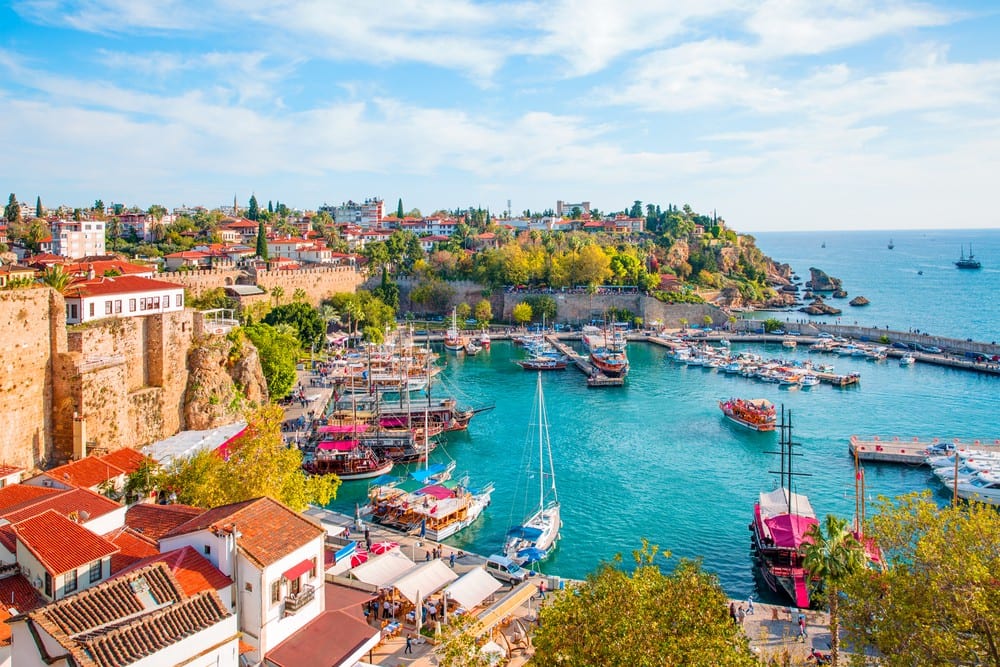 If you are someone looking for beautiful beaches and exotic resorts in a place with spectacular scenery and flamboyant beaches then Antalya is the place to visit. From swimming and sailing to hiking and mountain climbing to visiting ruins, Antalya is our fun land. 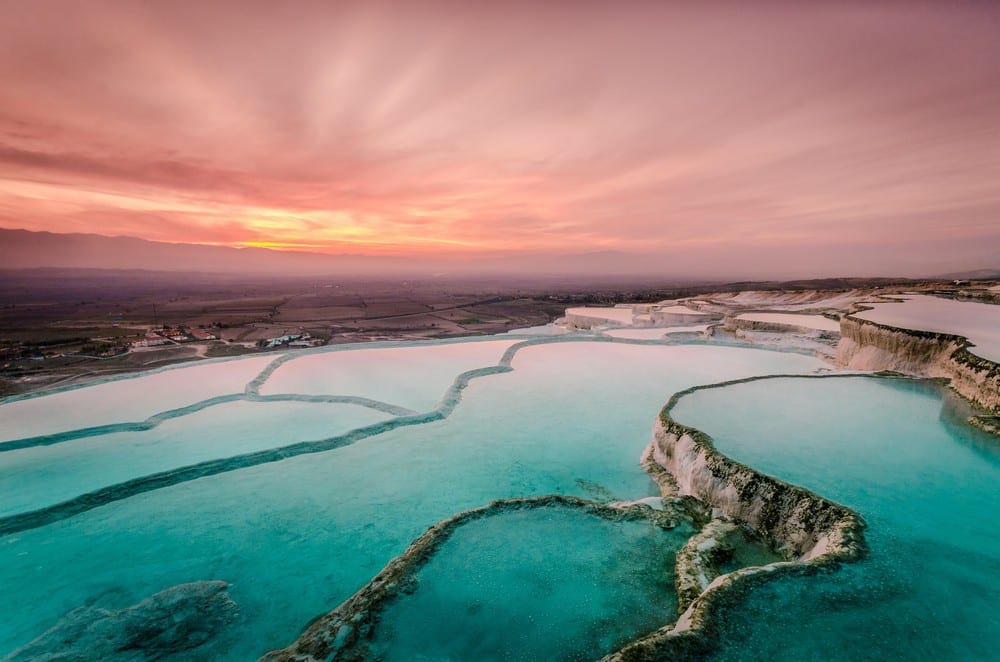 Another natural fairy-tale like location,  Pamukkale, meaning ‘cotton castle’ is famous for is 17 hot springs and travertines. The panoramic view of the place along with the warmth of its hot springs is sure to win the heart of any visitor. As a result of its natural beauty, the place has been transformed into Turkey’s foremost mineral bath spa. one can spend a pleasant day in Pamukkale by exploring the extensive Roman ruins of Hierapolis, climbing the ranks of seats in the great Roman theatre and touring the exhibits in the Archaeological Museum.