Top 12 Most Polluted Rivers in the World: Don’t Drink the Water!!

Over two-third of Earth’s surface is covered by water and still, we are facing a water crisis. River pollution is one of the biggest problems that we are facing today. The toxic wastes from industries, agriculture and urbanization projects have saturated our rivers. The once healthy and surging currents have now transformed into a coagulated trickle, consumed by raw sewage and industrial runoff. The population of the world is increasing day by day which has, in turn, increased the pressure on our water bodies. In the recent years, rapid industrialization and urbanization have caused havoc and polluted the atmosphere.

Here is a list of top 12 most polluted rivers around the world.  These rivers are so polluted that one cannot even imagine to live near them and use their water. But still, people are using the water of these rivers as they have little or no choice. 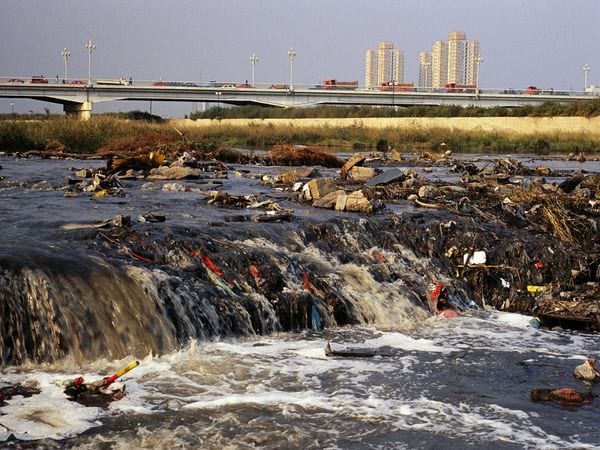 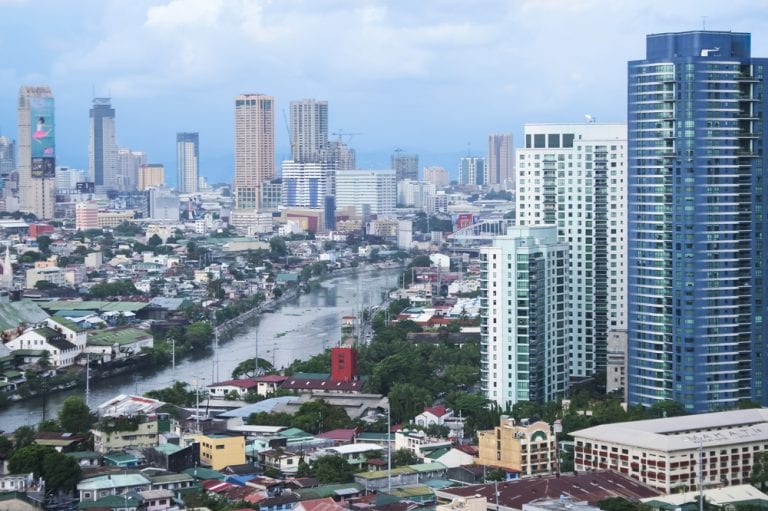 The Pasig river is a 27 km long river in the Philippines which passes from west of Laguna de Bay and moves downstream to the east of Manila Bay. This river was so much polluted that it was called biologically dead. The household, sewage and industrial waste were the main reasons behind the contamination of this river. An initiative was also started in 1989 to improve the conditions of this river but nothing has changed in the past years. 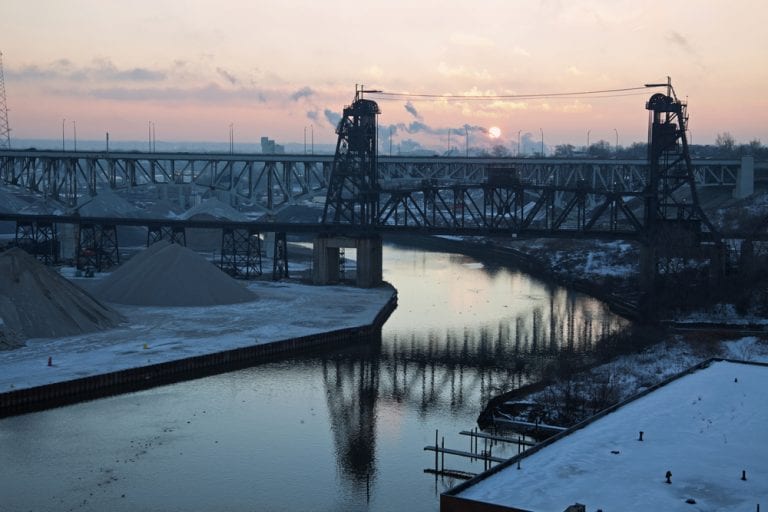 The Cuyahoga River flows through Cleveland, Ohio and is known for having caught fire many times. In Cleveland, water pollution did not bother people at first and was seen as something which is necessary for prosperity. The Cuyahoga River runs through urban areas and has been a dumping ground for household and industrial garbage. However, the contribution of industrial waste is the highest in the pollution of this river. The river is completely choked with oil, sludge, sewage, and debris.  The river is somewhat infamous for having been so polluted that in 1969, the river actually caught fire! 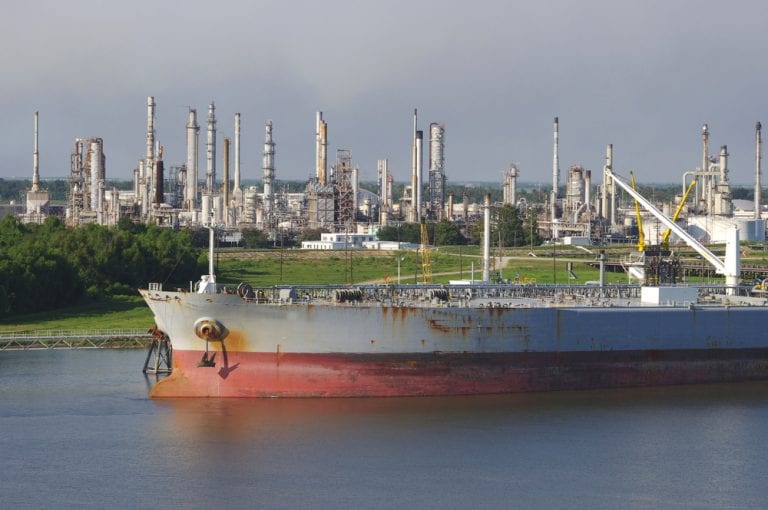 The Mississippi River in the USA is also known as the ‘Big Muddy’ as the water of this river is usually brown because of pollution. In 2014 there was an incident of crude oil spills reported in the river which has made the water toxic and is poisonous to the marine life. Also in 2012 a report brought out by Environmental American Research and Policy Center stated that nearly 12.7 million pounds of toxic chemicals like mercury, nitrates, benzene were found in the river. The river is treated like a sewer by farmers and industrialists and making it one of the most polluted rivers in the world.

The Sarno River is one of the most polluted rivers in Europe. It flows in southern Italy near Pompeii and Naples. Earlier it served as a means of livelihood for the people living around the river. But in the recent years, many cases of liver cancer have been reported which shows the level of degradation of the river. The upper reaches of the river are very much clean but when it travels down the water gets mixed with untreated agricultural and industrial wastes. Flooding and mudslides are very common near this river.

The Marilao River flows through the Bulacan Province Philippines and empties into Manila Bay. The main sources for polluting this river are tanneries, textile factories, piggeries, gold refineries and municipal dumps. The river is the main source of drinking and irrigation for the people but despite this fact, the pollution continues. There are high levels of toxic chemicals and heavy metals present in the water that are actually worrisome, as they pose a major health hazard. Whenever the river floods, the garbage dumped in this river also comes out with water polluting the land.

The Yellow River of China is drying up fast due to the expansion of factories, cities, agricultural farms etc. and whatever water is left is contaminated badly. The water is so much toxic that it is not even fit for agriculture. The pharmaceutical and chemical factories are the main cause of the contamination of this river. More than 4 billion tons of sewage is dumped into the river every year. The pollution of the Yellow river is the result of rapid industrialization in China. There has been a rise in the number of people suffering from cancer, water-borne diseases, and birth defects around the yellow river. 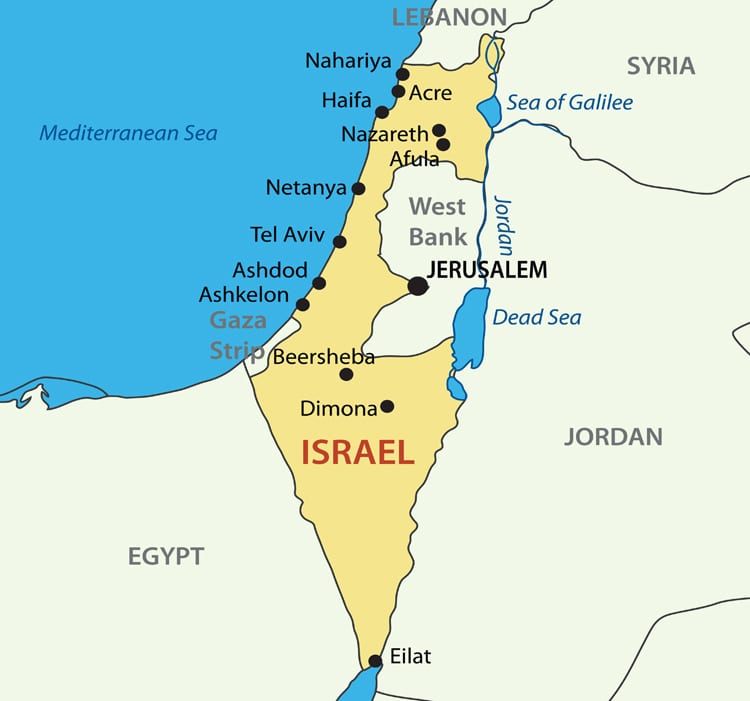 The Jordan River originates from the Anti-Lebanon and Mount Hermon mountain ranges and covers a distance of 223 km. The river has severely deteriorated especially the lower reaches of Jordan are full of untreated sewage and contaminated water flowing from agricultural lands. The river is visited by almost 100,000 people every year and is an important Christian site but the river is dangerously polluted. The salinity levels in the water have increased beyond a specified limit. The West Bank residents are drinking this polluted water and if no other alternative is found then their water source will completely deplete.

The river is crystal clear and blue near its source in the Himalayas but as the river flows down the water becomes extremely polluted with sewage, industrial garbage, agricultural run- off etc. Millions of litres of raw sewage are directly disposed of in the Yamuna river every day.  The water in New Delhi is the poorest in quality. The lack of a number of sewage treatment plants has led to this increased pollution in the river. The Indian government has initiated several plans to clean the Yamuna but these initiatives have not worked properly and the river is still very dirty. More than Rs. 6500 crore has been spent to clean the river but according to recent reports, the polluted stretch has increased significantly.

Buriganga is also known as the Old Ganges in Bangladesh. Bangladesh is one of the most densely populated countries around the world and is right now suffering from every kind of pollution that exists. The aquatic life has hugely suffered due to this pollution and fish have died. Human waste has also contributed to the current state of this river and turned the river black. The main sources of the pollution are the various tanneries located on the banks of this river. More than 12 million people depend on the water of this river for drinking and fishing.

The river is located in the Buenos Aires Province of central-eastern Argentina and is more than 60 km long. The river is also known as Slaughterhouse River as many slaughterhouses and tanneries are located near its bank and which dumps their garbage into this river. The river is polluted with heavy metals like mercury, chromium, arsenic, lead. The pollution of this river is not new and the government has struggled for more than 200 years to clean the water of this river. According to Environmental Management Plan and administration of the Matanza- Riachuelo basin around 82,000 cubic metres of industrial waste enters the river daily. 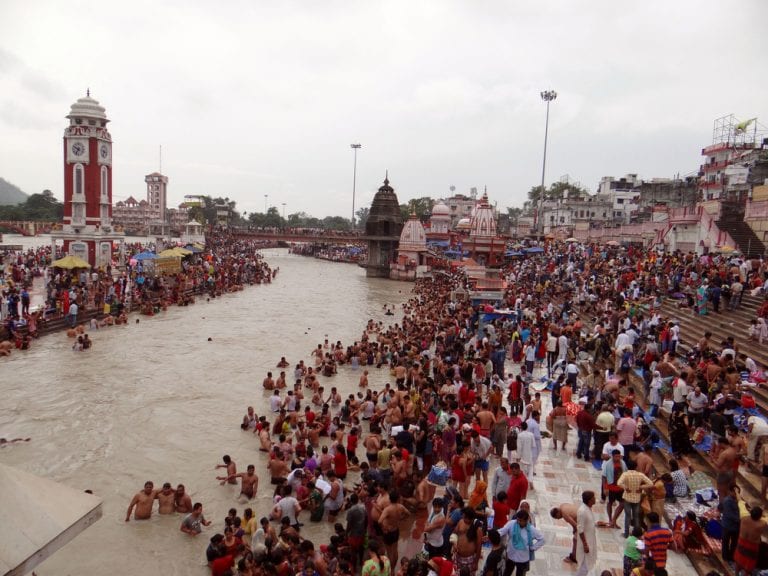 The Ganges River is considered the most sacred river in India by the Hindus. It is the third largest river in the world and it is believed that its water can cleanse the sins of people. The importance of this river cannot be underestimated as it affects the life of various people living around it. The increasing population of India has increased the pressure on this river. Around 1 billion liters of raw and untreated sewage is directly dumped into the river daily and when this water is used for drinking, bathing and cooking it gives rise to various water borne diseases. The Ganga Action Plan which began in 1985 was a major initiative taken by the government. But it proved to be a complete failure as it is underfunded.

The Citarum River is known as the most polluted river in the world and is located in West Java, Indonesia and flows through a basin where a vast population resides. The river is so polluted that one can’t even see the water. The people living near the river use the water for their livelihood. A large number of factories are located near this river and it is the waste coming out of these factories that is the major source of pollution. The water quality has deteriorated especially around the factories which have turned the water black and cloudy. Despite the various warnings of the water being highly polluted, the residents have no choice but to continue using the water. 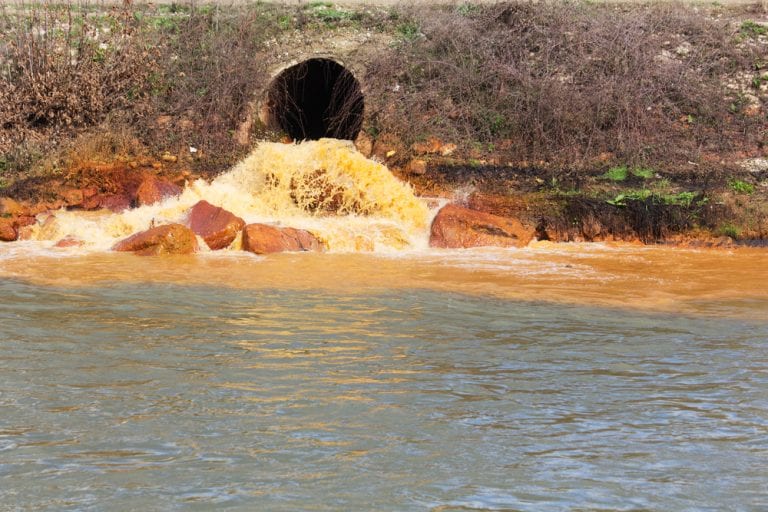 The river is the life giving source and a powerful force of nature which provides fresh water and livelihood to the people. But human activities are destroying rivers to such a large extent that it has become impossible for us to use them for our own needs. If this destruction continues then the future generation will suffer from a lot of problems. There is a need for sustainable development and we must join hands to protect the rivers from further destruction and depletion.