‘May your coffee be strong and your Monday be short.’

Coffee is something that helps us deal with our weekdays. What is mentioned above is a very apt statement for almost all of us these days. And we’re highly mistaken if we think that this coffee tradition is aged. Yes, it has almost become a tradition for all of us due to its heavy consumption.

Working, tensed, thirsty or absolutely bored, coffee is something that goes with all of those activities. And of course, as for most of us, it’s the first thing we think of. So we rush to our nearest coffee shops and pick up our favorite coffee.

Let us shift our focus (not too much, though) from coffee to coffee chains. As much as we love coffee, we also love the chains that make it taste so brilliant.

So here are the 12 largest coffee chains in the world: 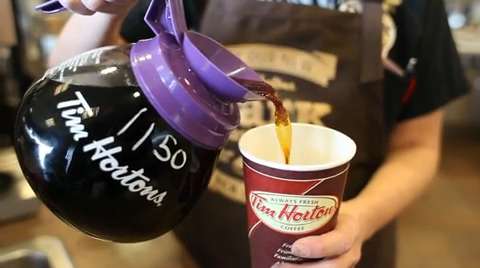 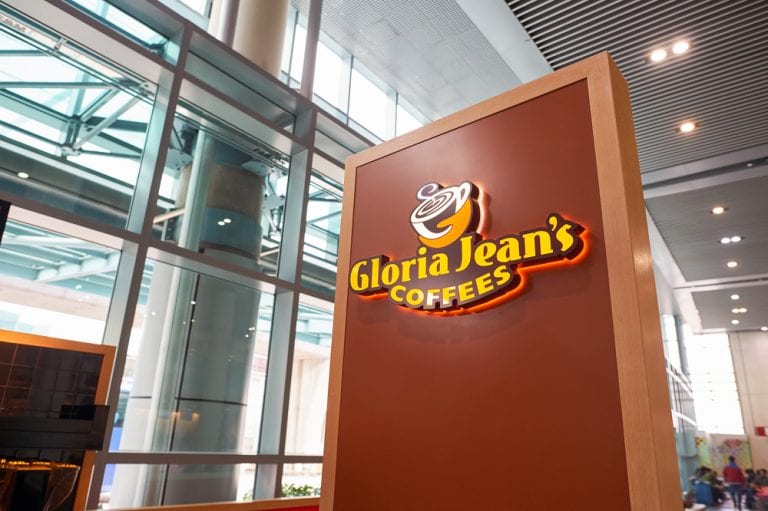 Owning nothing less than 400 coffee chains only in Australia, Gloria Jean’s is world famous. It was founded in Australia about fifteen years back by two coffee lovers and business partners Nabi Saleh and Peter Irvine. They successfully opened their first coffee house in Australia in the year 1996 and in less than 8 years, they had over 200 coffee houses across Australia!

However, there were a few controversies going on regarding the ingredients and labels of the products they sold. Sometimes there were problems with the sugar and fat content, about their coffee supply, financial problems and to top it all, underpayment of wages.

All these kept aside, this company works and puts in extra effort beyond their line too. Their CSR is very impressive as they recently funded about $160,000 to the Children’s Charity! 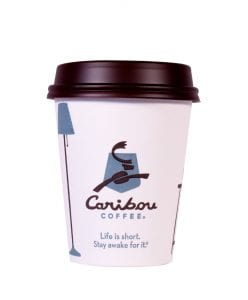 ‘Life is short, stay awake for it.’

This is a very famous slogan of this company and this slogan itself, is responsible for attracting so many customers from across the United States!

This is the second largest coffee company in the continent of USA and is also spread over 10 countries and is the owner of over 270 companies under it. This company pays special focus on handcrafted espresso and their mouth-melting beverages. 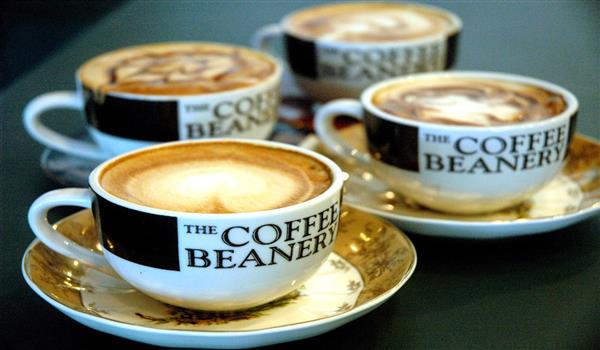 Founded in the year 1976 by JoAnne and Julius Shaw, this company serves the best coffees in the world. It not only produces brilliant coffee but also at the same time, sells coffee beans that would just make you rethink about all the coffees you’ve ever had in your life.

One remarkable thing about this company is its strategy for maximizing their profits and for effective marketing. What they do is that they sell off the coffee houses or shop franchises that they have and most of their income comes directly from selling these off! 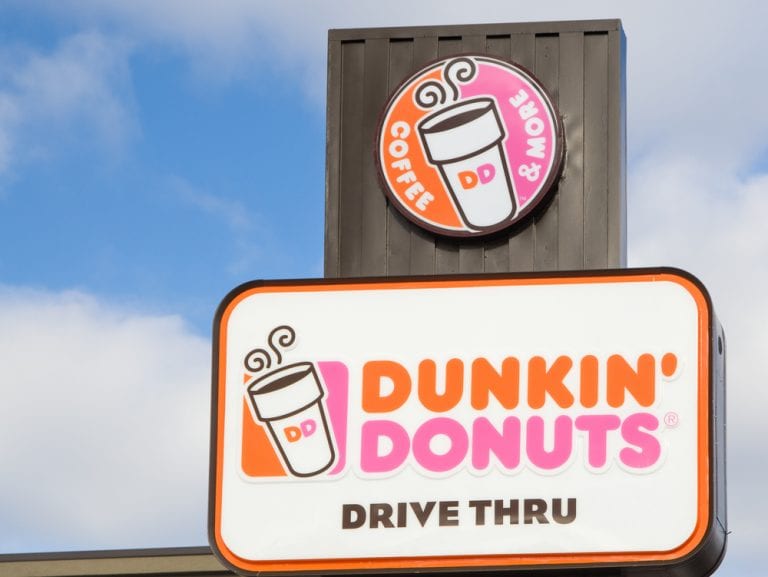 The very popular ‘America Runs on Dunkin” is what this company lays special emphasis on. Being one of the most diverse fast food chains (as they serve the best food and soft beverages and therefore not only a coffee house,) this company has over 11,000 stores worldwide and their revenue in the year 2012 was $9 BILLION.

However, the company back in the year 1997 faced harsh criticism due to the website that a customer had found and wasn’t even bought by the company yet. It lead to huge losses for the Franchises it owned and led to its downfall. The company hit rock bottom but soon, recovered from it. 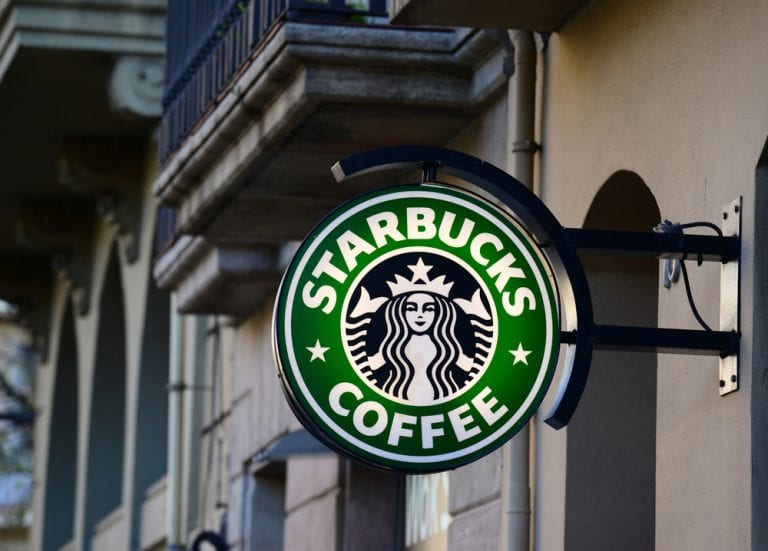 Yes, that’s what comes to your mind when you think of the one and only, Starbucks. Pure excellent quality coffee along with the goodness of delicious beverages. This coffee house has over  21,000 shops ALL OVER THE WORLD. Its revenue, as ascertained only last year crossed $16 billion and is on its rise.

It was founded in the year 1971 in a Pike place market, by three people namely Jerry Baldwin, Zev Siegl and Gordon Bowker, marking its first grand opening.

‘Grounds for your Garden’ is a Starbucks start up so as the make their business environment-friendly. It uses recycled paper, composes coffee and also focuses on making use of environment-friendly ingredients when it comes to producing its remarkable coffee! 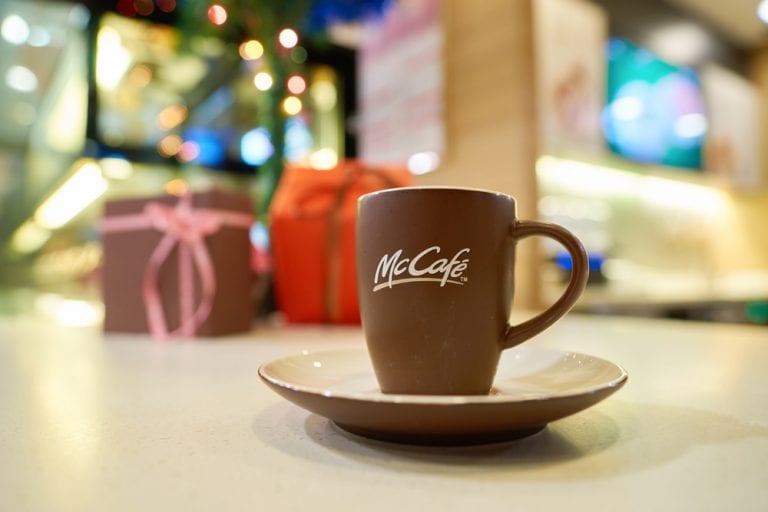 This coffee house is a McDonald’s franchise and was founded in the year 1991 by Dick and Mac McDonald. Having started its first startup in the year 2002 in the continent of US, this company soon grew worldwide with over 300 coffee chains. 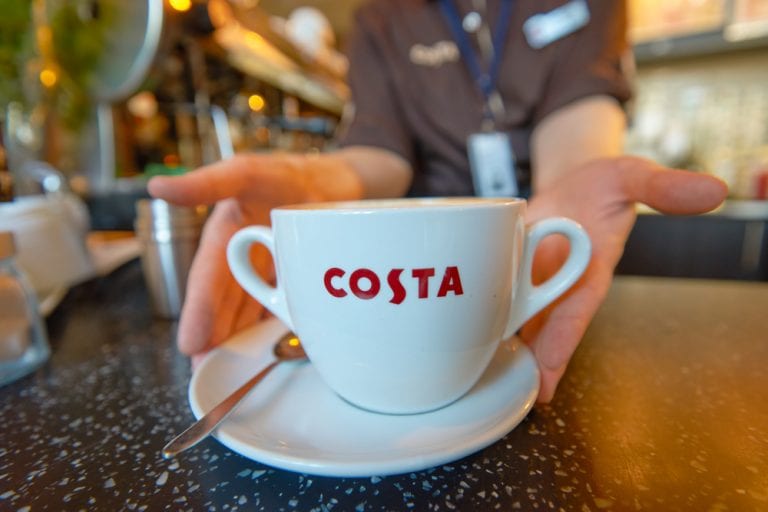 A very obvious name on the list, isn’t it? Yes. Costa Coffee is one of the fastest developing coffee chains in the world. It is the largest coffee chain in the United Kingdom and the second largest in the world! It is wholly a British foundation and is owned by Whitbread.

This company has over 3000 coffee houses all over the world and is growing fast towards further development. Also, what is distinctive about this coffee house is its hospitality. This is why, unlike a lot of other coffee houses, this company is in the hospitality industry instead of the food and beverages industry.

Also, not to forget the revenue it earns. As it was last recorded, this company’s revenue was $340.9 MILLION! 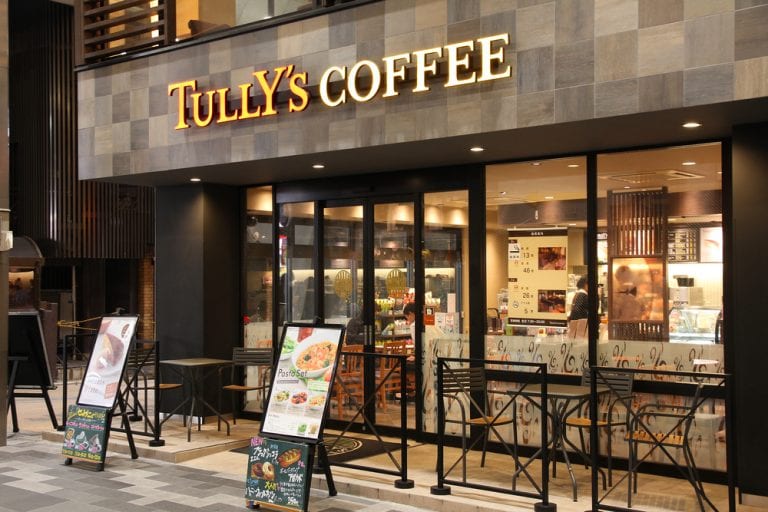 With an employ turnover of 450 and an annual sales turnover of over $36 million, this company’s motto was something completely different. When it was founded in the year 1992, it had, along with other motives, one main motive in mind. It was their competition with their rivals, Starbucks.

It was first founded in Seattle and then its chains spread all over the world. 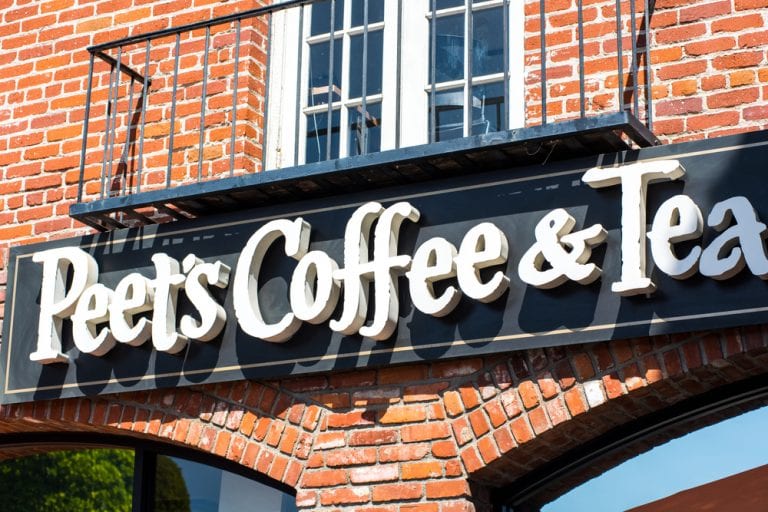 Roasted Arabia coffee is the first thing that crosses our minds. Didn’t know this? Well, roasted coffee sums up the entire purpose of this coffee house. Peet’s Coffee and Tea is an old foundation that goes way back in the year 1966. This coffee house is also known for its brilliant espresso drinks and hospitality services.

In the year 2008, as it was calculated, their annual revenue was over $284.8 MILLION, with an employ turnover of 3750. It is a privately held subsidiary and functions effectively even in the field of social responsibility. 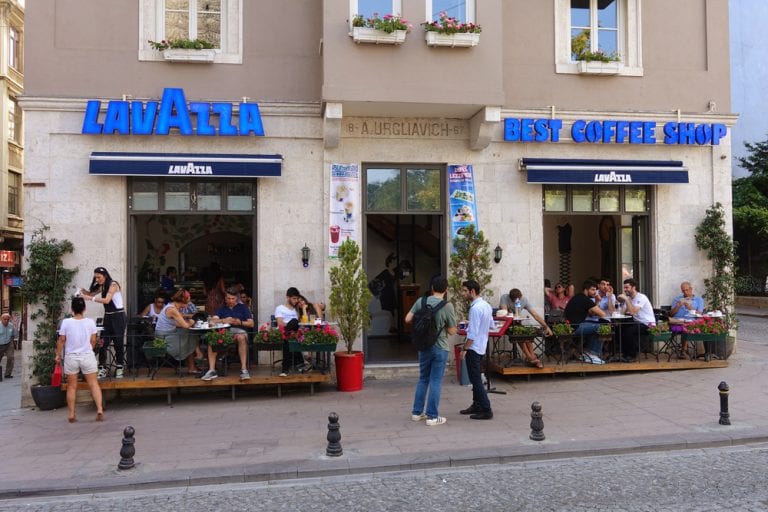 Also known as Italy’s favorite coffee, this coffee house is a giant success all over the world as well. Its employ turnover is over 3000 and is spread across 90 countries all over the world. It has 4 of its major plants only in Italy with a turnover of over $17 BILLION. 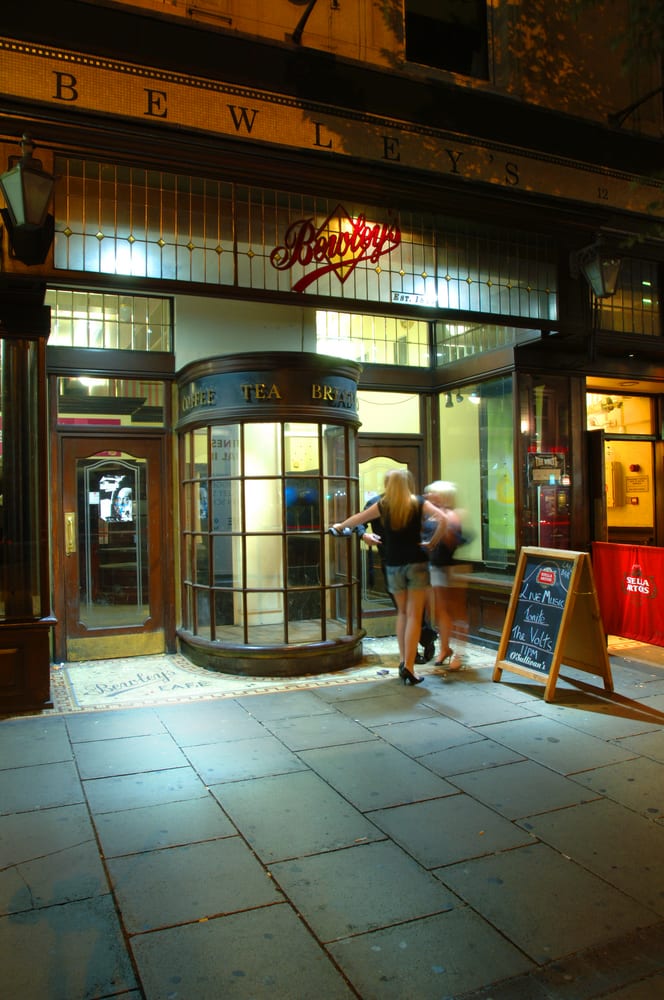 Probably one of the oldest coffee houses in the history if coffee chains, this company is very well known. It was and even now is known for its Irish beverages and then later was known for its tea and coffee.

It has its branches spread over north America and Grafton Street! 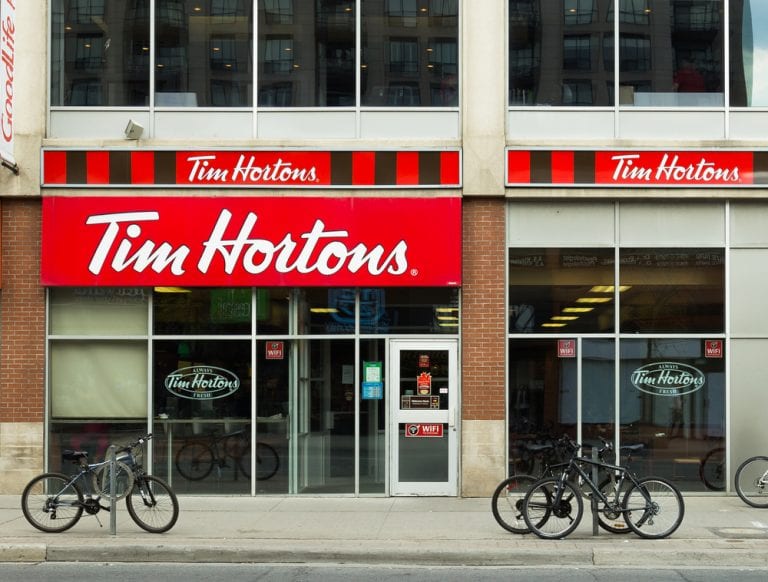 And this one is Canada’s favorite coffee and you will now know why. It is because they’ve always got a ‘fresh pot’ ready. This basically means that their coffee, whenever served is fresh and is never kept in jugs for hours together just before their customers arrive.

One of the largest in the world, this coffee houses’ annual turnover is nothing less than $3.225 BILLION with over 4000 chains all over the world. And why wouldn’t there be so many? There are over 100,000 employees in this coffee house!

So, which of there is your favorite?