Music is dynamic, by inferences you may draw from anyone around. You may agree that musical instruments add this dynamic values to the re-vitalizing lyrics. But these instruments, which beautify ordinary notes to degrees of melody, might not be everyone’s cup of tea to learn through.

( PS – This list is not prepared to demotivate the learners, but for them to know some tricky aspects behind their favorite instruments, of which they must be determined enough to learn, with requisites that follow. ) 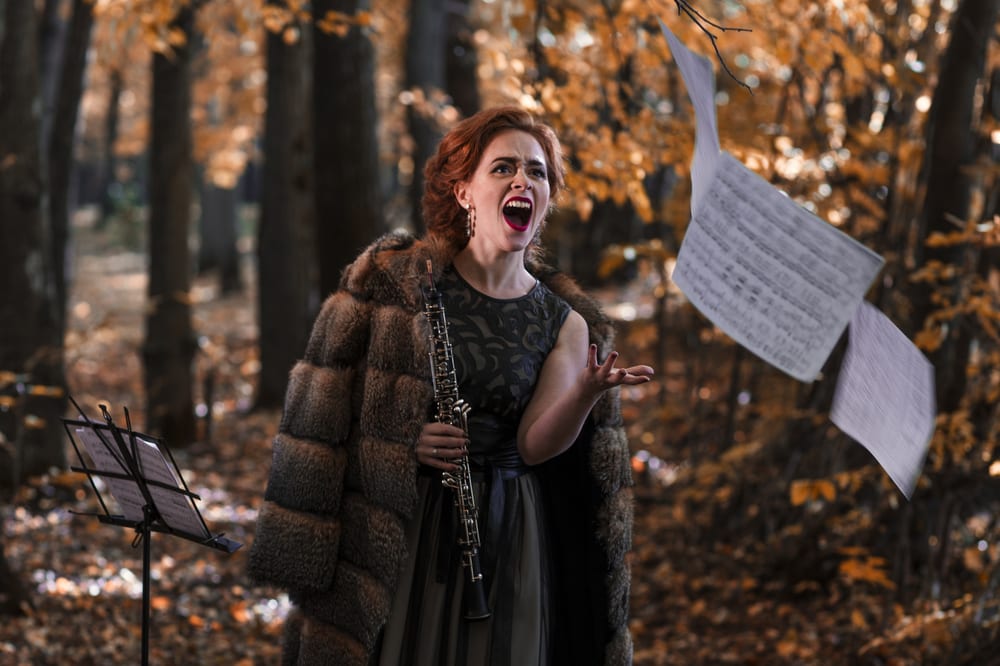 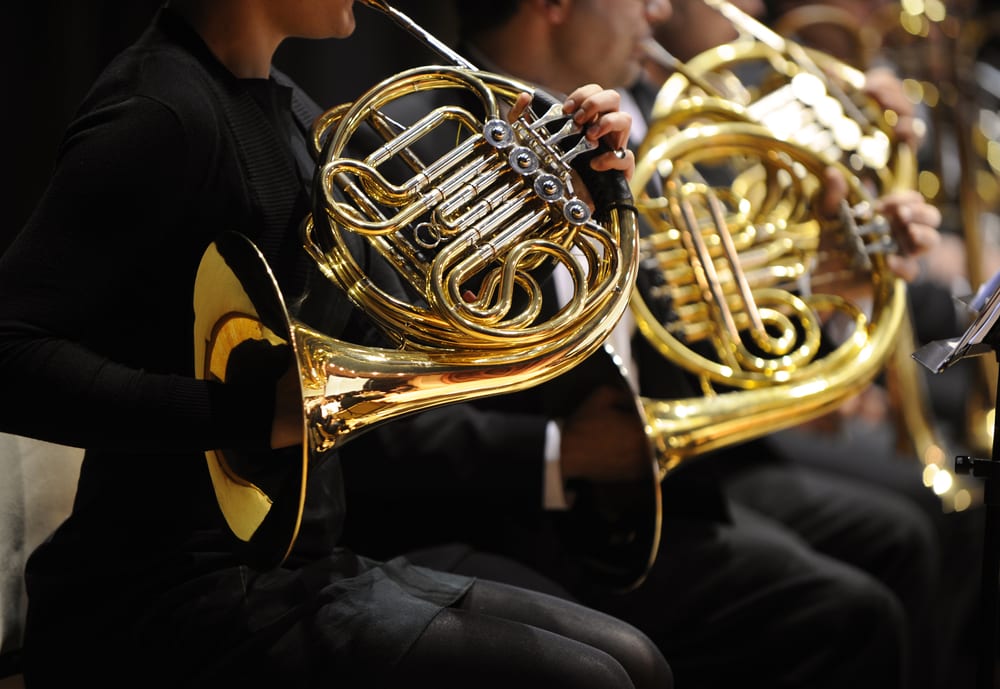 This brass instrument, evolved out of hunting horns, with a beautiful flared bell is considered the most difficult among other brass instruments, because it plays up in the higher partials than other instruments, which makes it easier to miss a note by the wrong placement of the lips and hitting the wrong partial. The tone may be discouraging for beginners though, once learned, the higher notes make the best music. The tube of the French horn is quite long, which implies that the player must project breath through the significant length of the tube. The tube is not only long, but big, forming a big circle. Hence, the player’s hands must be able to encircle the tube, with fingers touching the keys, located in the middle of the instrument and are not user-friendly. 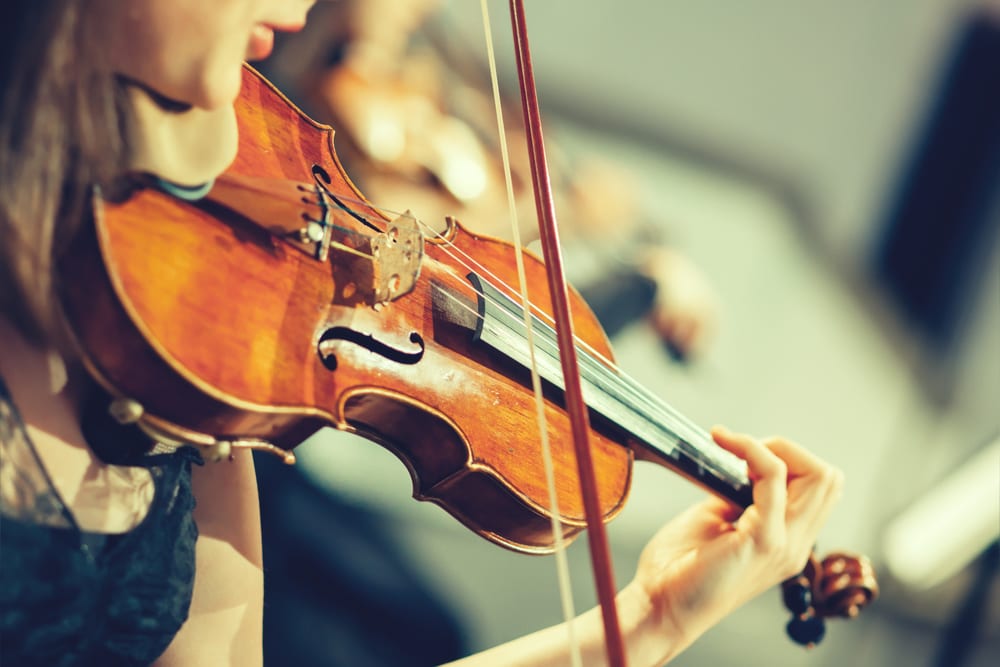 Violin is often characterized as an instrument that needs intonation. This single line instrument is not only difficult to hold in the right position posing the right posture when playing, but there are no frets to guide your fingers through the surface. Moreover, the position affects the tone of the note, which is of maximum significance. The pressure of the bow position on the strings, when not proper may destroy the tone, hence requiring precision and concentration the most! 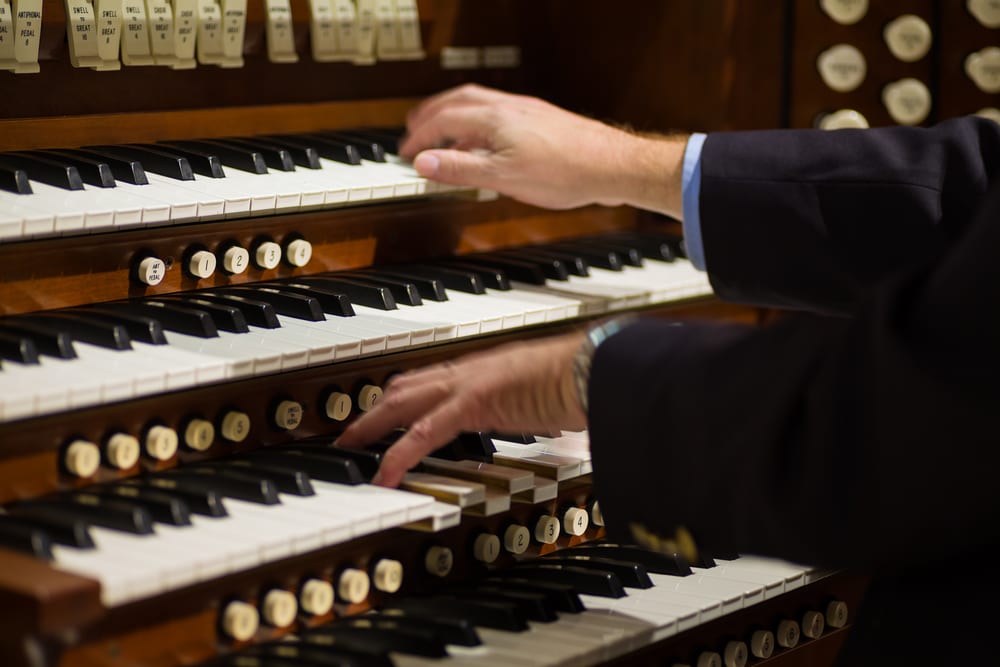 A keyboard instrument with divisions, each accompanied with its own keyboard, played either with hands or feet. The characteristic feature of this instrument is its ability to range from the slightest to the most powerful sound. However, absence of a sustain pedal makes it come under this category of difficult instruments. This implies that we’re supposed to keep our fingers on hold; else it quits playing then and there. Our feet might not even recognize the technique in the initial years of learning, whereas our hand might. The pedals know it well to make us realize their importance when learning ‘organ’. 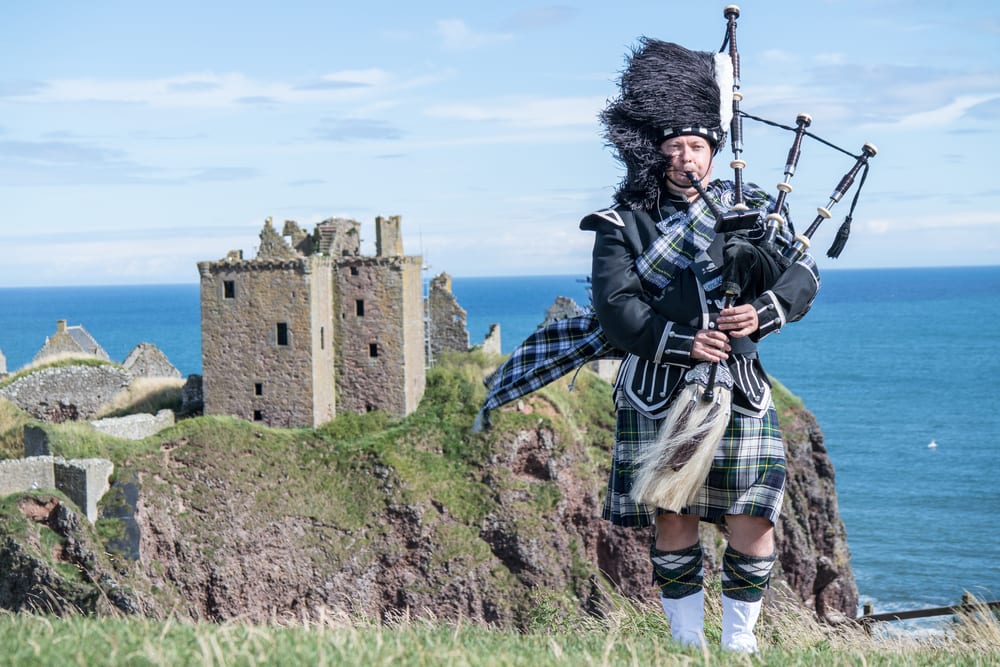 They are aerophones using enclosed reeds. Basically, the strength required to play the instrument makes it difficult and not the complexity in this case. As it takes a fair amount of wind to play a bagpipe, beginners often get frustrated due to their inability to produce any sound for more than few minutes. Hence, right breathing is the need, and probably the most difficult element in learning the bagpipe. 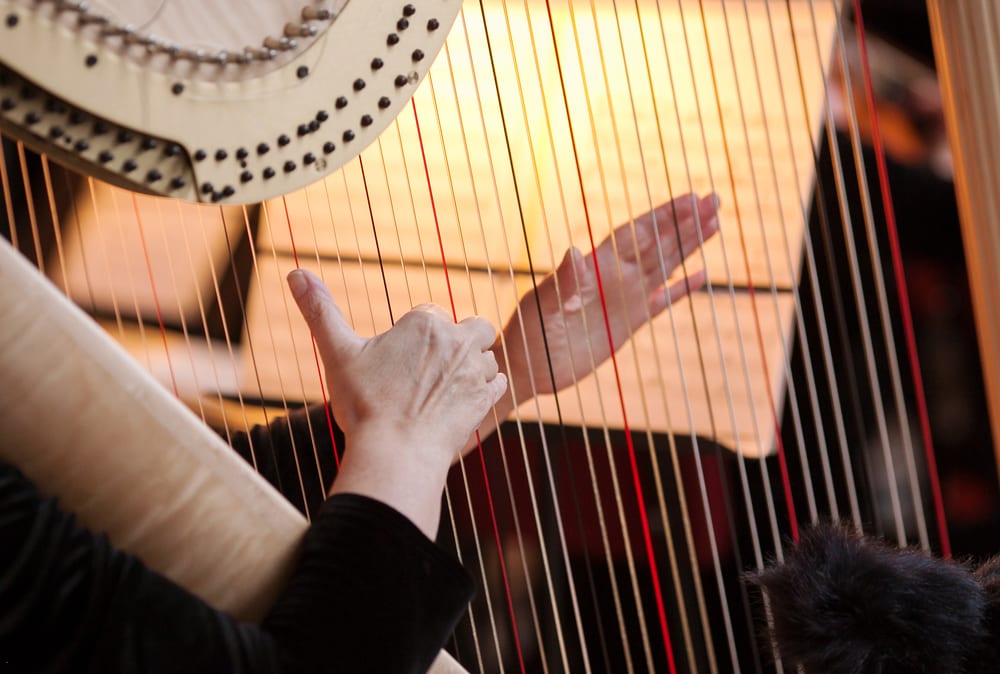 This multi-stringed instrument is considered difficult mainly because of its hand positions and the finger techniques. However, mastering the pedals,used for sharpening or flattening the notes add the most to the difficulty levels of the harp. Thereafter, coordinating between the hands and feet on strings and pedals respectively, which have to be switched several times depending on the tone, is another difficulty. Here, only practice and muscle memory can save you, as your hands may ditch you with the notes anytime. Thus, developing proficiency in the instrument is quite challenging. 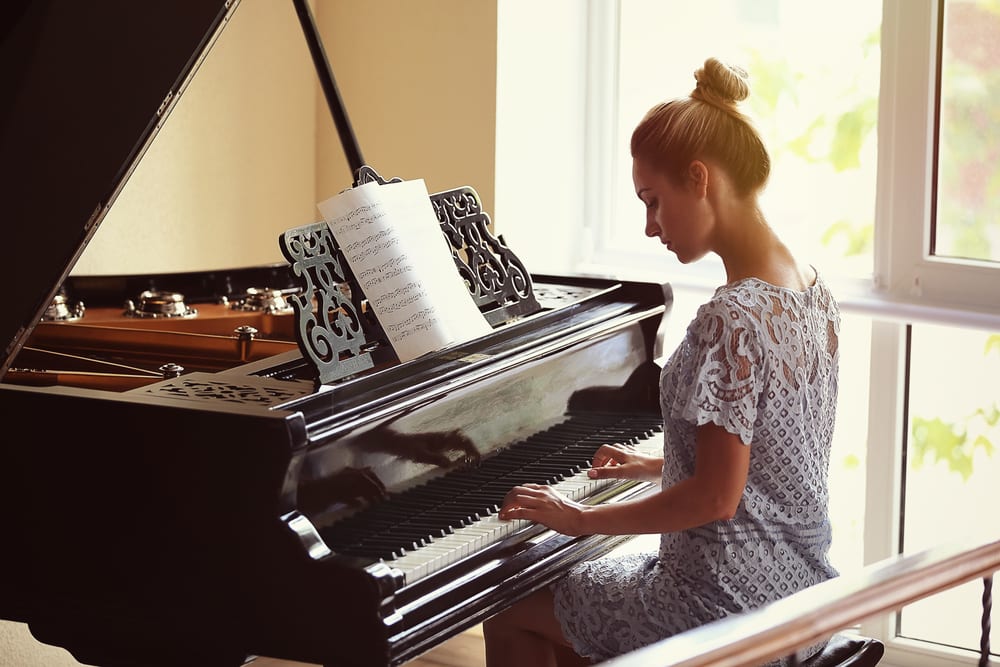 Piano has made its significant way to the list, because both our hands are required to move independently on the board, and of course, the sight reading, which needs to be done simultaneously. Where most other instruments make you read only one bar line, piano makes you read two. Therefore, it’s all the play of senses and moves, the hand-eye co-ordination! Apart from violin, piano too requires intonation, trust me! 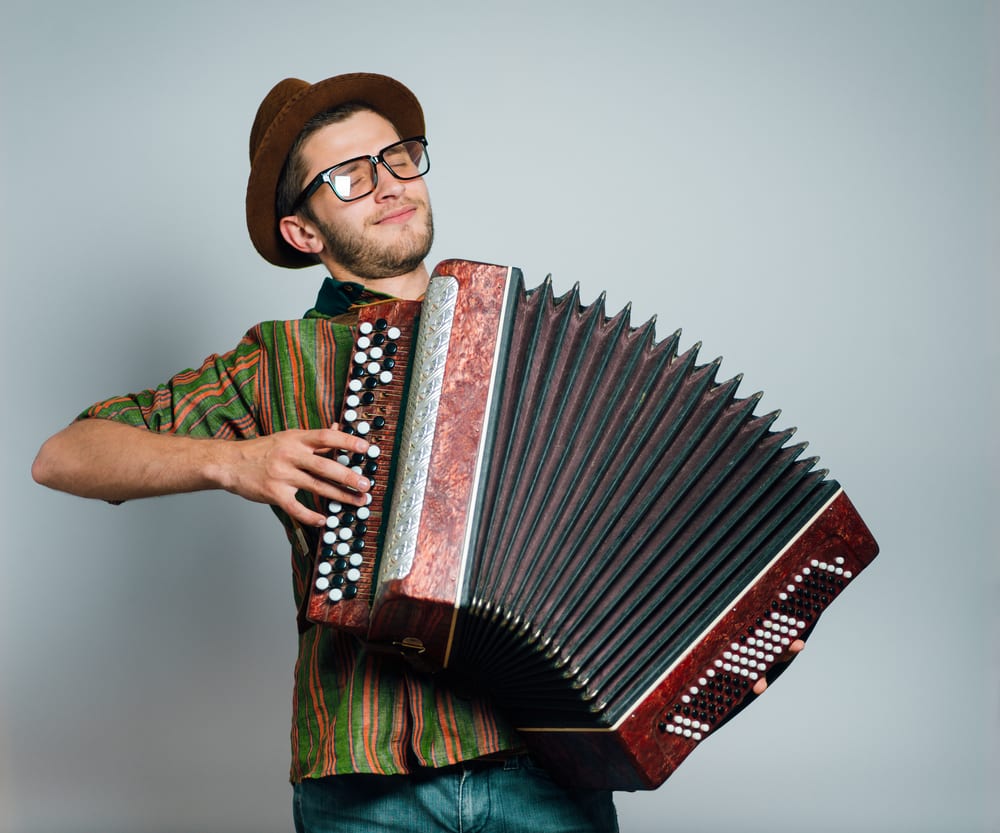 Accordion gives us the pleasure, as well as the difficulty of playing multiple lines of music at the same time. Hence, there are some pre-requisites for learning this instrument, making it quite a task – coordinating both the hands independently, and working the bellows to supply the air. Using the bellows however is the most challenging of all tasks. 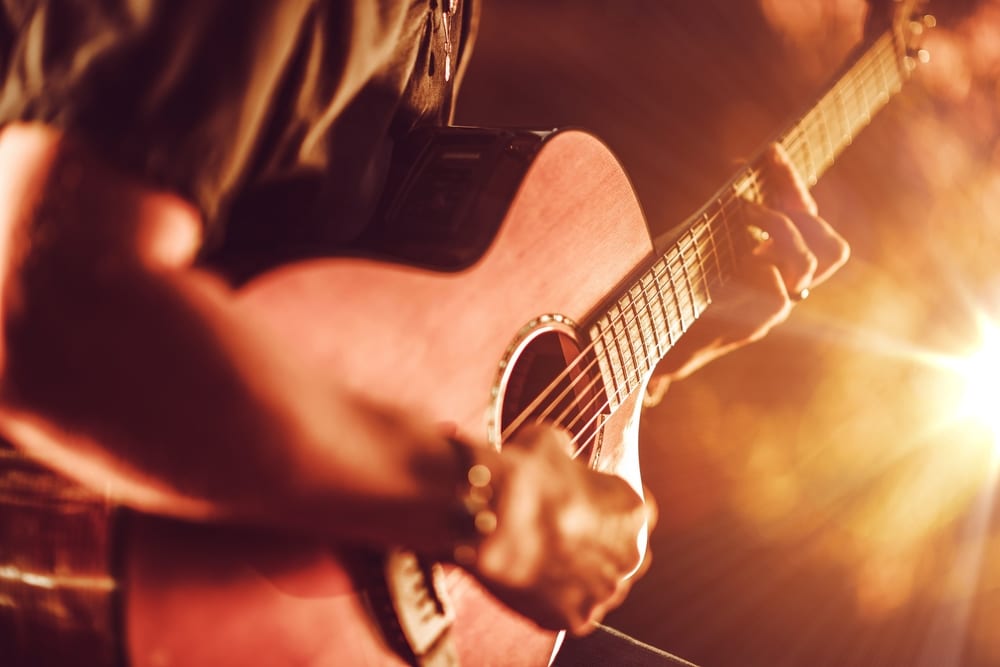 The instrument every youngster aims at learning, it is an acoustical wooden guitar used to produce classical music. It is not as easy as it is thought to be. It’s all about patience and discipline. With aching fingers as beginners, which almost turn dormant on practicing. Fingering for the left hand is somewhat counter-intuitive, as you play two-or even three- part pieces, not just melody lines or chords like Rock or Jazz guitarists, sight-reading is another challenge when playing the instrument. Guitar has overlapping tones, which, when on the fret-board, is not something which can contain distraction, FYI! Sound here, depends on getting a good right-hand technique, combined with the right shape of your fingernails. Once attained proficiency at this stage, you won’t lose it easily, though. 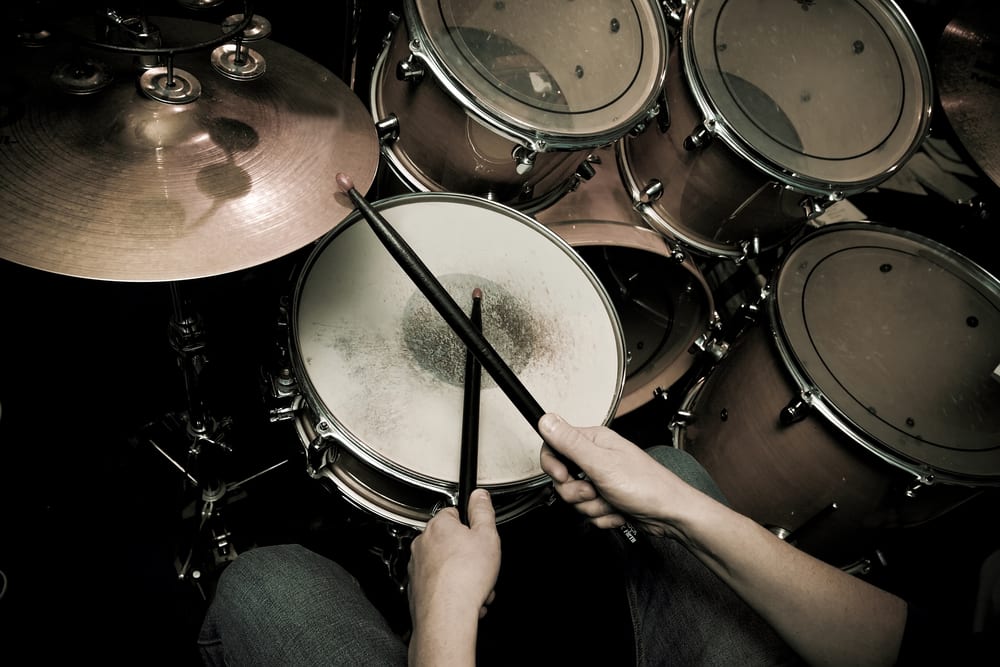 It is believed that drums are the easiest instrument to learn the basics, but the hardest to master. A certain style and technique of hitting those wooden sticks require proper learning, along with the dynamics and sticking. Keeping the beats of the feet and hand-hits in sync is not as easy, as inferred by most of us, because having the upper body and lower body at two complete different beats is difficult. Moreover, getting the heights correct on taps and accents is a task. Also, independent co-ordination may take a long time for some to learn. Hence, being Steven Alder is not a cakewalk,right?

Yes, these instruments are pretty much a challenge to learn, but challenges bring out the best out of us, right? Best of luck !